Faculty Members Receive 2020 Awards for Books on Music and History 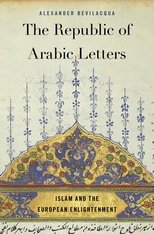 Assistant Professor of History Alex Bevilacqua’s book The Republic of Arabic Letters: Islam and the European Enlightenment (Belknap Press of Harvard University Press, 2018) won the American Historical Association’s 2020 Herbert Baxter Adams Prize for an author’s first book in European history from ancient times to 1815. The Republic of Arabic Letters reconstructs the process by which a select group of Christian scholars in the seventeenth and eighteenth centuries produced the first accurate translation of the Qur’an into a European language, revealing the influence of Catholic and Protestant intellectuals on the secular Enlightenment understanding of Islam and its written traditions.

Specializing in the cultural and intellectual history of early modern Europe (ca. 1450 to 1800), Bevilacqua’s research examines Western understandings of human diversity and of non-Western religious and intellectual traditions. His articles have appeared in History of European Ideas, Journal of Qur’anic Studies, Journal of the Warburg and Courtauld Institutes, and Past and Present. 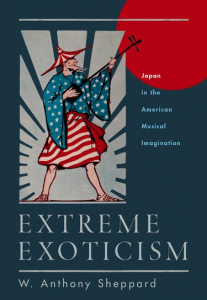 W. Anthony Sheppard, Marylin and Arthur Levitt Professor of Music, won the American Musicological Society’s (AMS) 2020 Music in American Culture Award for his book Extreme Exoticism: Japan in the American Musical Imagination(Oxford University Press, 2019). The Music in American Culture Award honors exceptional writing that both illuminates an important aspect of the music of the United States and places that music in a rich cultural context. Extreme Exoticism offers a detailed documentation and wide-ranging investigation of music’s role in shaping American perceptions of the Japanese, the influence of Japanese music on American composers, and the place of Japanese Americans in American musical life.