WILLIAMSTOWN, Mass., March 16, 2011 – The Honorable Cory A. Booker, mayor of Newark, N.J., will be the principal speaker at Williams College’s 222nd Commencement Exercise on Sunday, June 5. Arctic and Antarctic explorer Ann Bancroft will be the Baccalaureate speaker the day before. In addition, filmmaker Ken Burns will hold a question-and-answer session on Saturday afternoon.

The Yugoslavia-born, New York-based Abramovic has been at the vanguard of performance art since the art form’s inauguration in the early 1970s. Her extensive corpus of sound pieces, photographs, video works, installations, and solo and collaborative performances explores the limits of the physical body and the mental faculty, as well as the relationship between artist and audience. Last spring, the Museum of Modern Art in New York hosted Abramovic’s first major retrospective in the United States, during which she simultaneously performed a 736-hour durational piece titled The Artist is Present. In addition to numerous large-scale exhibitions and solo shows, Abramovic has taught and lectured extensively in institutions across the U.S. and Europe, including the Hochschule fur Bildende Kunst in Hamburg and the Ecole des Beaux Arts in Paris. She has been honored with the Venice Biennale’s Golden Lion for Best Artist in 1997, a Bessie Award in 2003, and the Austrian Commander Cross for her contributions to art history in 2008. She studied at the Academy of Fine Arts in Belgrade from 1965 to 1970 and completed her postgraduate studies at the Academy of Fine Arts in Zagreb, Croatia, in 1972. 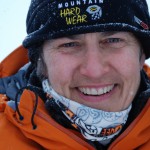 Bancroft is the first known woman in history to cross the ice to the North and South Poles. In 1986, Bancroft dogsledded 1,000 miles from the Northwest Territories in Canada to the North Pole as the only female member of the Steger International Polar Expedition. In 1993, she led the American Women’s Expedition to the South Pole, a 67-day expedition of 660 miles, on skis. Most recently, in February 2001, Bancroft and Liv Arnesen became the first team of women to ski across Antarctica’s landmass. Bancroft’s passion for polar adventures is matched by her enthusiasm for teaching children. She has taught physical and special education in Minneapolis schools and coached softball, basketball, track and field, volleyball, and tennis. In 2001, she founded the Ann Bancroft Foundation, a nonprofit organization that celebrates the existing and potential achievements of women and girls. Bancroft, who was diagnosed with dyslexia as a child, has also appeared in Ennis’ Gift, a documentary featuring celebrities who have dealt with learning disabilities. She received her B.Sc. in physical education from the University of Oregon. 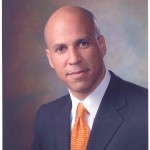 As mayor of Newark since 2006, Booker has pioneered a bold vision of urban transformation for New Jersey’s largest city. Booker had already earned a reputation as a leader with innovative ideas and resolute actions as Newark’s central ward councilman from 1998-2002, before winning a sweeping mayoral mandate in 2006. Shortly before his re-election in 2010, Booker’s radical work helped lead the city of Newark to its first homicide-free month in more than 40 years. Under his leadership, Newark has committed to a $40 million transformation of the city’s parks and playgrounds through a groundbreaking public-private partnership. The Booker administration has doubled affordable housing production and reformed the city’s budgeting process. Booker serves on numerous education-related boards, including Democrats for Education Reform, Columbia University Teachers’ College Board of Trustees, and the Black Alliance for Educational Options. He received a B.A. and an M.A. from Stanford University, a B.A. in modern history from Oxford University as a Rhodes Scholar, and a law degree from Yale University.

Since producing and directing the Academy Award-nominated Brooklyn Bridge in 1981, Burns has created some of the most acclaimed historical documentaries. Burns is best known for his trilogy of epic documentaries, The Civil War (1990), Baseball (1994), and Jazz (2001). The Civil War became the first documentary to gross more than $100 million and remains the most-watched program ever to air on PBS. Burns’ films are known for their rich use of archival footage, period music, photographs, periodicals, and correspondence in weaving individual stories into broad historical narratives. His diverse subjects have included Mark Twain, heavyweight boxing champion Jack Johnson, and the Statue of Liberty. Burns’ films have won 12 Emmy Awards, two Academy Award nominations, and two Grammy Awards. He is currently producing, among other film projects, a three-part, six-hour history of Prohibition, tentatively set for PBS broadcast in 2011. He received his B.A. from Hampshire College in 1975. 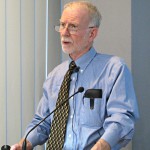 Russett is the Dean Acheson Professor of Political Science and professor of international and area studies at Yale University. A prolific scholar of world politics and international security, Russett served as editor of the Journal of Conflict Resolution from 1973 through 2009, and his published works include Grasping the Democratic Peace: Principles for a Post-Cold War World (Princeton University Press, 1993); World Politics: The Menu for Choice (W.H. Freeman, 1981, with Harvey Starr); and Triangulating Peace: Democracy, Interdependence, and International Organizations (W.W. Norton, 2001, with John Oneal), which was named the International Studies Association’s Best Book of the Decade 2000-2009. He has held appointments at Columbia, Harvard, M.I.T., Michigan, North Carolina, the Free University of Brussels, the Richardson Institute in London, the Netherlands Institute for Advanced Study, the University of Tel Aviv, and Tokyo University Law School. He is a fellow of the American Academy of Arts and Sciences and past president of the Peace Society and the International Studies Association. He received his B.A. in political economy from Williams College in 1956, a diploma in economics from Cambridge University in 1957, and a Ph.D. from Yale in 1961. 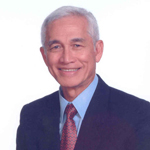 Teves served as finance secretary of the Philippines from 2005 to 2009. In 2009, he was named Finance Minister of the Year in Asia by The Banker magazine, lauded for re-establishing order in the country’s fiscal affairs. Teves has served in numerous public and political capacities in the Philippines, including three consecutive terms as a congressman from 1987 to 1998, during which he authored important legislation on trade, investment, access to credit, and the agriculture-agrarian sector. In 2000, he was appointed president and CEO of the Land Bank of the Philippines. Throughout his five-year tenure, he improved the bank’s profitability while steering it back to its original mandate of serving the needs of farmers and fishermen. In addition to significant private-sector work in finance, Teves has taught economics at Silliman University in the central Philippines and at the Ateneo de Manila University. He received his B.A. in business economics from the City of London College in 1965, and his M.A. in 1968 from the Center for Development Economics at Williams College, which is celebrating its 50th anniversary this year.

Founded in 1793, Williams College is the second-oldest institution of higher learning in Massachusetts. The college’s 2,000 students are taught by a faculty noted for the quality of their teaching and research, and the achievement of academic goals includes active participation of students with faculty in their research. Students’ educational experience is enriched by the residential campus environment in Williamstown, Mass., which provides a host of opportunities for interaction with one another and with faculty beyond the classroom. Admission decisions are made regardless of a student’s financial ability, and the college provides grants and other assistance to meet the demonstrated needs of all who are admitted.
To visit the college on the Internet: www.williams.edu Williams College can also be found on Facebook: www.facebook.com/williamscollege and Twitter: twitter.com/williamscollege

Please visit the Covid-19 website for the latest information, including details about vaccination, testing and mask requirements, and policies for off-campus visitors.

27th Annual Graduate Art History Symposium
9:00 am at The Clark