WILLIAMSTOWN, Mass., July 13, 2012 – This year’s Williams Bicentennial Medalists will share their diverse life stories on Friday, Sept. 7, at 4 p.m. in the Adams Memorial Theatre of the college’s ’62 Center for Theatre and Dance. The event is free and open to the public. Medalists’ remarks can be viewed here.

Established in 1993 on the occasion of the college’s 200th anniversary, Bicentennial Medals honor members of the Williams community for distinguished achievement in any field of endeavor. The college awarded 23 Bicentennial Medals in 1993 and has added five to seven awardees in each year since. 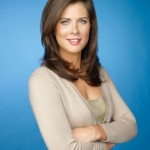 This year’s medals will be conferred at the Convocation ceremony Saturday, Sept. 8, at 11 a.m. in Chapin Hall. Convocation, which is free and open to the public, marks the beginning of the academic year and celebrates the senior class and its accomplishments. Unable for professional reasons to be here for the Friday panel, medalist Erin Burnett ’98, host of CNN’s Erin Burnett OutFront, will give the Convocation address.

Until her move last fall to CNN’s primetime lineup, Burnett was a highly visible business journalist at NBC. At CNBC she anchored Street Signs and co-anchored Squawk on the Street. She also appeared regularly on Today and Nightly News with Brian Williams and was a contributor on MSNBC’s Morning Joe. She anchored CNBC’s first live programs from the Middle East and India. Burnett has hosted a number of documentaries produced overseas, including India Rising: The New Empire, The Russian Gamble, and Dollars & Dangers: Africa, the Final Investment Frontier. She has also focused on the Middle East, reporting live from across the region and hosting documentaries, including On Assignment: Iraq, Big Money & The Middle East, City of Money and Mystery and The Forbidden Zone. Before joining NBC she anchored two hours of daily programming for Bloomberg TV.

Participating in the Friday panel are medalists:

Deputy secretary of the U.S. Department of Agriculture and the author of the Organic Foods Production 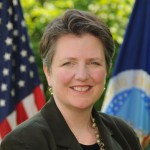 Act of 1990, Merrigan is widely regarded as the moving force behind the development of federal organic standards. She is an outspoken advocate of moving federal farm policies toward conservation and sustainable land use. After receiving a Fulbright fellowship to study pesticide use in Poland, Merrigan joined the staff of the U.S. Senate Agriculture, Nutrition and Forestry Committee in 1987. She then earned her Ph.D. at MIT, where she also worked as a senior analyst for the Henry A. Wallace Institute for Alternative Agriculture. From there she was appointed to the National Organics Standards Board. In 1999, Bill Clinton appointed Merrigan to head the USDA’s Marketing Service. At the end of Clinton’s presidency, Merrigan moved to Tufts University, where she directed the Center on Agriculture, Food, and Environment.  In 2009, President Obama tapped her to become the deputy secretary of agriculture. 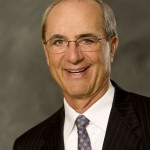 David Paresky is considered the man who largely made the travel industry what it is today. As a scholarship student from Bennington, Vt., at Phillips Academy, Paresky ran a travel concession, organizing spring break trips to Bermuda. He continued the business successfully while at Williams and then at Harvard, where he earned a J.D. in 1963 and an M.B.A. in 1965. He and his wife Linda then started Crimson Travel, which quickly grew to become the largest travel agency in New England. In 1988, Crimson merged with Heritage Travel to become the sixth-largest agency in the nation. In 1993, the Pareskys merged again with Thomas Cook Travel to become the third-largest travel company in the U.S. As CEO, he grew Thomas Cook’s sales to $2 billion annually by acquiring the corporate travel accounts of industry giants such as Ford Motor Company, John Hancock Mutual Life Insurance Co., Hewlett Packard, and Fidelity Investment. He is also known widely for his visionary philanthropy. 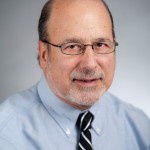 Hospital, a groundbreaking clinic that serves young people who are physically intersexed or transgender, and their families. He is one of the first and only doctors in the world to provide hormone replacement therapy to minors. Spack’s interest in transgender youth began in 1974 when he worked as a volunteer for Bridge Over Troubled Waters, an organization in Boston and Cambridge that serves street youth, many of whom are the victims of sexual and domestic abuse. In 1985, while working in the first private practice of adolescent medicine in New England, which he co-founded in 1978, a transgender graduate student was referred to him. Spack saw an opportunity to learn from a population that had been underserved by the medical profession. He was named clinical director of the Endocrine Division at Children’s in 1998 and more recently became director of the model Gender Management Service in the Endocrine Division. Since 1992, he has served as a clinical instructor in pediatrics at Harvard Medical School, and in April 2004 he was named senior associate in endocrine history. He is celebrating his 40th year at Boston Children’s Hospital and is an assistant professor of pediatrics at Harvard Medial School, where he has introduced the topic of transgenderism into the second-year curriculum.

Charlie Waigi is the founder, director, and general contractor of the Jeremy Academy in his hometown of Limuru, Kenya. After graduating from Williams and the Woodrow Wilson School at Princeton University, he returned to Kenya and worked in various finance and development organizations. In 1999, he retired and, with his wife Teresia, founded the Jeremy Academy. From its beginning with just nine students, the school has become a top-ranked institution serving 469 students in kindergarten through eighth grade. With the support of many of his Williams classmates and in partnership with the Asante Africa Foundation, he continues to expand the school’s facilities toward the goal of serving 500 students, 200 of whom will board. In addition to directing the school, Waigi has overseen the planning of this expansion and managed its construction.