WILLIAMSTOWN, Mass., September 26, 2018—A Williams College professor has been awarded a three-year $369,000 grant from the National Institutes of Health (NIH) to conduct research with his undergraduate students that may yield insights into how the brain suppresses appetite after overeating, or during illnesses like cancer or clinical depression. 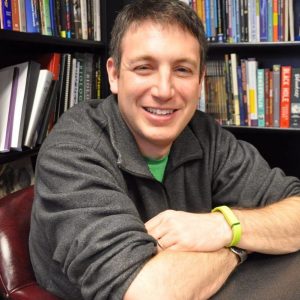 Matt Carter, assistant professor of biology, and his students have found that during periods of overconsumption of food, gastrointestinal distress, or illness in animals, certain neurons known as parasubthalamic nucleus (PSTN) neurons suppress appetite and decrease food-seeking behavior. Carter will use the NIH funding to closely study and characterize the role of PSTN neurons in feeding behavior.

“The motivation to eat depends on the relative balance of activity between brain systems that promote appetite and those that suppress appetite,” said Carter. “An abnormal balance can cause obesity or undernourishment, leading to substantial health problems and increased healthcare costs.”

More than half the U.S. population is considered overweight, and the aggregate economic cost is estimated to exceed $60 billion per year. Meanwhile, undernourishment is also a substantial problem, with abnormal appetite suppression, as can occur during infection, old age, and cancer, leading to dangerously low body weight and malnutrition.

“The relatively few published studies of PSTN neurons indicate that they may play a role in the balance,” Carter said. “But their effect on food-intake behavior isn’t understood in detail, and many important questions remain.”

The project was sparked when an undergraduate in Carter’s lab two years ago made an unexpected discovery of a previously unknown brain region that seemed to be active after animals ate a big meal. Two of his subsequent students figured out how to experimentally manipulate the activity of those neurons. Now, Carter and his current students will conduct a series of NIH-funded experiments to better understand the role of these neurons, and they are excited to share their findings with other scientists and physicians who study the neural control of food intake.

Carter and his student team will use cutting-edge genetic and optical methods to measure activity in PSTN neurons in freely moving, behaving animals. They will` also experimentally stimulate or inhibit PSTN neurons to determine the effects on feeding behavior. Their laboratory research could potentially lead to treatments to decrease appetite suppression and promote eating during conditions of infection or disease, when food intake and good nutrition can be critical to recovery.

Before joining the faculty at Williams in 2013, Carter received a B.A. in biology from Whitman College and a Ph.D. from Stanford University. At Williams, Carter’s lab studies food intake and sleep, and his lab is also funded by a research grant from the National Science Foundation.

All Together with Art: Things Around the House
10:30 am at Williams College Museum of Art (WCMA)
Singularities in Prime Characteristic Commutative Algebra by Prof. Austyn Simpson
1:00 pm