WILLIAMSTOWN, Mass., September 10, 2013—This year’s Williams Reads program at Williams College features Diana Abu-Jaber’s Crescent. The novel was awarded the 2004 PEN Center USA Award for Literary Fiction, as well as the American Book Award. Abu-Jaber will give a talk at 8 p.m. on Tuesday, Sept. 24, on the MainStage of the ’62 Center for Theatre and Dance. The event is free and open to the public, but tickets are required. Tickets are available online at http://62center.williams.edu/62center/ or by contacting the theatre box office at 413-597-2425, Tues.-Sat., 1-5 p.m. A book signing will follow the event. 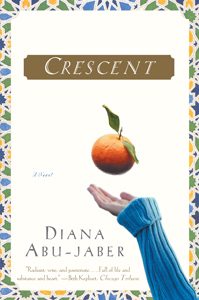 The lecture is one of the main events for this year’s Williams Reads program, a campus-wide initiative that aims to foster new connections among the members of the Williams College community through a common reading experience. Every year, the Williams Reads Committee works with the Committee on Diversity and Community to select a book that will stimulate community engagement and deepen the understanding of diversity. Books chosen for previous years include Nickel and Dimed: On (Not) Getting by in America, Fun Home, and Invisible Man. Special events, guest lectures, and other activities will continue throughout the year. For a listing of events, see http://sites.williams.edu/williams-reads/.

Abu-Jaber is most recently the author of Birds of Paradise, an Indie Books Pick. Her other publications include the award-winning memoir, The Language of Baklava, the best-selling novel, Origin, and Arabian Jazz, which won the 1994 Oregon Book Award and was a finalist for the PEN/Hemingway Award.

Crescent is a multidimensional love story exploring notions of identity, culture, and home, set in the Arab-American community of Los Angeles.

These events are co-sponsored by Williams Reads, the President’s Office, and Claiming Williams. You can learn more about Williams Reads and this year’s book at http://sites.williams.edu/williams-reads/.