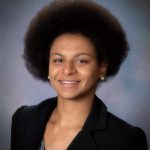 Keiana Ruby West, daughter of Yvonne West and Mitchell West, majored in psychology and concentrated in Africana studies. West was co-president of the student group Converging Worlds and co-director of the Justice League Mentoring Program in Pittsfield. She performed as a dancer in Kusika and was an active member of the Black Student Union. She was also a member of the psychology department student liaison committee, co-leader of the Juvenile Empowerment group of Kinetic, and the Community Outreach Executive of Sisterhood. 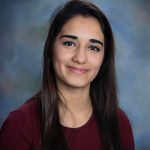 Seema Amin, daughter of Mr. and Mrs. Amin, majored in biology. Amin was co-chair of BSTEM and co-coordinator of Peer Health. She graduated with honors in biology and was elected to Sigma Xi, a national society honoring and encouraging research in science. 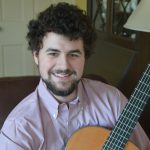 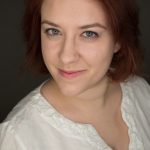 Evelyn B. Mahon, daughter of Paula Consolini and James Mahon, majored in statistics and theatre. Mahon was the Cap and Bells co-artistic director in 2017 and 2018, participated in the Williams Opera Workshop, was involved in the Mt. Greylock writing fellows program, and performed in 11 theatre department productions. She received the Roche fellowship in 2016 and the Gilbert Gabriel Award in theatre.