WILLIAMSTOWN, Mass., April 17, 2019—The American Council of Learned Societies (ACLS) has named W. Anthony Sheppard, Marylin and Arthur Levitt Professor of Music at Williams College, a 2019 Susan McClary and Robert Walser Fellow. The highly competitive fellowship supports awardees “for their potential to make an original and significant contribution to knowledge.”

The 2019 ACLS Fellowship awards range from $40,000 to $70,000, depending on the scholar’s career stage, and support six to 12 months of full-time research and writing. This year, 81 fellows, who hail from more than 60 colleges and universities, were selected by their peers from more than 1,100 applicants. The ACLS Fellows “are working at diverse types of institutions, on research projects that span antiquity to the present, in contexts around the world,” said Matthew Goldfeder, director of fellowship programs at ACLS. “The array of disciplines and methodologies represented demonstrates the vitality and the incredible breadth of humanistic scholarship today.”

Sheppard’s project, “The Performer’s Voice: Timbre and Expression in Twentieth-Century Vocal Music,” will investigate how European and U.S. composers and performers of vocal music wielded timbre as a tool of expression. It also aims to develop new analytical and interpretive approaches to the expressive role of timbre, focusing on specific vocal performances and offering models for studying the performance experience. 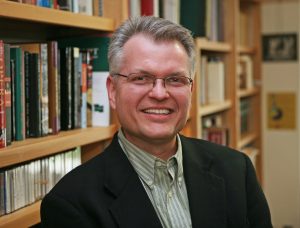 “When encountering the human voice, the tone color, or timbre, of that vocal sound fundamentally shapes how one perceives meaning,” Sheppard says. “Timbre is central to all music, but is not commonly discussed in detail given our limited vocabulary. By analyzing and comparing art and popular examples, my project reveals striking continuities and connections in the history of twentieth-century music.”

Sheppard has taught at Williams since 1996. He holds a Ph.D. in music from Princeton University; an M.F.A. from Princeton; and a B.A. from Amherst College. He served as chair of Williams’ music department from 2012 to 2015. His research has previously been supported by fellowships from the National Endowment for the Humanities, the American Philosophical Society, and the Institute for Advanced Study, Princeton.

Sheppard’s book Revealing Masks: Exotic Influences and Ritualized Performance in Modernist Music Theater (University of California Press, 2001), won the 2003 Kurt Weill Book Prize. In addition to his other writing projects, he has a forthcoming book with Oxford University Press titled Extreme Exoticism: Japan in the American Musical Imagination, which is expected to be published in October 2019.

The ACLS Fellowship program, the longest-running of the organization’s current fellowship and grant programs, is funded primarily by its endowment. Institutions and individuals have contributed to this program, including The Andrew W. Mellon Foundation, the National Endowment for the Humanities, Arcadia Charitable Trust, the Council’s Research University Consortium and college and university Associates, past fellows, and individual friends of ACLS.