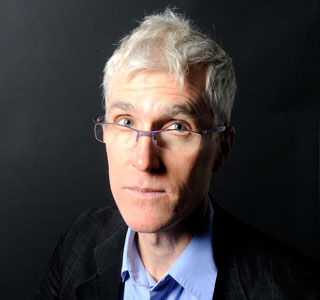 WILLIAMSTOWN, Mass., April 15, 2013—Guy Hedreen, professor of art at Williams College, has been named a 2013 John Simon Guggenheim Memorial Fellow for his project, “The Iambic Artist in Greek Art, Lyric Poetry, and Homeric Epic.” He is among 175 scholars, artists, and scientists selected this year based on prior achievement and exceptional promise from a group of almost 3,000 applicants.

Created in 1925 by the John Simon Guggenheim Memorial Foundation, the Guggenheim Fellowship is awarded annually to individuals who have demonstrated exceptional capacity for productive scholarship or creative capacity in the arts. Applicants are selected through a rigorous process conducted by several hundred advisers and a selection committee. Approximately 200 fellows are selected from a pool of 3,500 to 4,000 applicants every year.

For his fellowship project, Hedreen will investigate the development of the image of the socially marginal, upwardly mobile artist within Archaic Greek art.  First expressed in Athenian vase-paintings of the sixth century B.C., this artist persona was self-consciously constructed with the intention of showcasing the artists’ understanding of conventions governing comic and creative discourse with the influential social arena of the symposium. As Hedreen explains, “Like the sympotic poetry of Archilosos and Hipponax, which model itself, in turn, on Homeric characterization of Odysseus and Hephaistos, vase-painting utilized edgy subjects such as physical deformity, social exclusion, lying, trickery, and sexuality for the sake of establishing the creative prowess of the artist.”

Hedreen’s other research areas include the iconography of satyrs (or silens) in Greek art; artistic representations of Dionysiac myths; and the relationship between pictorial representation and narrative discourse in ancient Greece. He has written extensively on these subjects, including Capturing Troy: The Narrative Function of Landscape in Archaic and Early Classical Greek Art (University of Michigan Press, 2002),  and “Vase-Painting and Narrative Logic: The Death of Troilos in Greece and Etruria,” in Red Figure Iconography in its Ancient Setting (2012). At Williams he teaches interdisciplinary courses, touching on literature, religion, mythology, society, and the art of antiquity, as well as courses on the history and methodology of art history.

Hedreen received his B.A. in Greek and Latin from Pomona College in 1981 and his Ph.D. in Classical and Near Eastern Archeology from Bryn Mawr College in 1988.  He has been at Williams since 1990.