WILLIAMSTOWN, Mass., March 19, 2014—Entrepreneur, philanthropist, and three-term New York Mayor Michael R. Bloomberg will be the principal speaker at Williams College’s 225th Commencement Exercise on Sunday, June 8. The day before, religious scholar and author Karen Armstrong will be the Baccalaureate speaker, and Stanford University physics professor and former U.S. Secretary of Energy Steven Chu will participate in a conversation on campus.

Bloomberg, Armstrong, and Chu will receive honorary degrees at Commencement together with outgoing chairman of the Williams Board of Trustees and founding managing director of the venture capital and private equity firm Summit Partners, Greg Avis ’80, and Vishakha Desai, former president and CEO of the Asia Society, now a special advisor on global affairs at Columbia University. 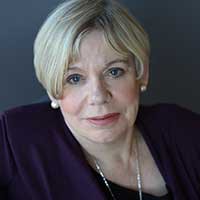 Armstrong is the author of more than 20 books on religious affairs, including A History of God, The Battle for God, Holy War, Islam: A Short History, The Great Transformation, The Bible: The Biography, The Case for God, and Twelve Steps to a Compassionate Life, as well as two memoirs, Through the Narrow Gate and The Spiral Staircase. She has addressed members of Congress and the Council on Foreign Relations, lectured to policymakers at the U.S. State and Defense departments, and participated in the World Economic Forum. She is an ambassador for the U.N. Alliance of Civilizations, and in 2007, she was the first foreigner to be awarded a medal by the Egyptian government for her services to Islam, under the auspices of the prestigious Al-Azhar madrassah. In 2008, she was awarded the TED Prize for her vision of a Charter for Compassion, which aims to restore compassionate thinking and action to the center of moral and political life. That same year, she received the Four Freedoms Medal for Freedom of Worship from the Roosevelt Institute. In 2013, she was the inaugural recipient of the British Academy Nayef Al-Rodhan Prize for Transcultural Understanding. She is a trustee of the British Museum and a fellow of the Royal Academy of Literature. 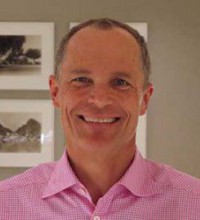 Avis has served as a Williams trustee since 2001 and has led the board since 2008. In that role, he helped guide the college’s response to the global financial crisis and its transition in administrative leadership, including by chairing of the Presidential Search Committee of 2009. At the same time he has been instrumental in diversifying the makeup of the college’s board. Under his leadership, the college built several important new facilities, including the new library set to open later this year. He also was instrumental in the development of the college’s Investment Office. A longtime supporter of Williams, he co-chaired its most recent comprehensive campaign, which broke the record for fundraising by a liberal arts college. Avis is a founding managing director of the venture capital and private equity firm Summit Partners, and has served on the boards of more than 40 growth companies. He has served on numerous nonprofit boards as well, including those of the James Irvine Foundation, ARTSTOR, New Profit Inc, the Silicon Valley Community Foundation, and the National Outdoor Leadership School. He also teaches mathematics at Eastside College Preparatory School in East Palo Alto, Calif. Williams honored him with its Bicentennial Medal, for distinguished achievement, in 2006. 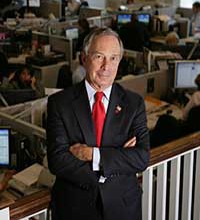 Bloomberg is an entrepreneur and philanthropist who was mayor of New York City from 2002 to 2013. A Harvard Business School graduate who rose through the ranks at Salomon Brothers, in 1981 he founded Bloomberg LP, a financial information technology company that has grown to employ more than 15,000 people in 73 countries. As mayor, Bloomberg prioritized the public school system, economic growth and job creation, and public health. His passion for public health led to ambitious strategies that became national models, including a ban on smoking in all indoor workplaces and at parks and beaches. His anti-poverty efforts helped New York’s welfare rolls shrink by 25 percent, and his approaches to fighting climate change and promoting sustainable development helped reduce the city’s carbon footprint by 19 percent. He launched national bi-partisan coalitions to combat illegal guns, reform immigration, and invest in infrastructure. Upon leaving City Hall, he returned to Bloomberg LP and set out to devote more time to philanthropy. Bloomberg Philanthropies focuses on public health, arts and culture, the environment, education, and government innovation. He has served as chairman of the board of trustees of The Johns Hopkins University, his undergraduate alma mater, home to the Bloomberg School of Public Health. In 2014, U.N. Secretary-General Ban Ki-moon appointed Bloomberg to be U.N. Special Envoy for Cities and Climate Change. 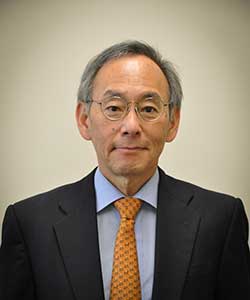 Chu is the William R. Kenan, Jr., Professor of Humanities and Sciences and Professor of Physics and Molecular and Cellular Physiology at Stanford University. His research in atomic physics, quantum electronics, energy and energy economics, and biophysics and biomedicine includes tests of fundamental theories in physics, the development of methods to laser cool and trap atoms, atom interferometry, and the study of polymers and biological systems at the single molecule level. For his original experiments on laser cooling atoms, he was co-recipient of the Nobel Prize in Physics in 1997. In 2009 he became the first scientist to hold a cabinet position when he was appointed U.S. Secretary of Energy. During his 4-year tenure, he undertook several innovative clean energy initiatives and was tasked by President Obama to assist BP in stopping the Deepwater Horizon oil leak in the Gulf of Mexico and the government of Japan in managing tsunami-damaged nuclear reactors at Fukushima-Daiichi. He served previously as professor of physics and molecular and cellular biology at the University of California, Berkeley; director of the Lawrence Berkeley National Laboratory; and as the Theodore and Francis Geballe Professor of Physics and Applied Physics at Stanford University. Chu began his research in laser cooling while at Bell Laboratories, where he worked from 1978 to 1987. Chu is a member of the National Academy of Sciences, the American Philosophical Society, the American Academy of Arts and Sciences, and the Academia Sinica. He holds 10 patents and has published more than 250 scientific and technical papers. 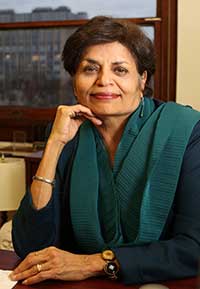 A public intellectual and scholar of Asian Art, Desai is special advisor for global affairs to the president of Columbia University and professor of professional practice in Columbia’s School of International and Public Affairs. She serves as a senior advisor for to the Solomon R. Guggenheim Foundation and has held various senior positions at the Asia Society, including president and CEO from 2004 to 2012. Desai was a curator and head of public programs and academic affairs at the Museum of Fine Arts in Boston and has taught at Columbia, Boston University, and the University of Massachusetts. She is internationally recognized for her leadership in presenting contemporary Asian Art to western audiences and a frequent speaker on the cultural roots of Asia’s economic and political transformation and challenges. In 2012, President Obama appointed her to serve on the National Commission on Museums and Libraries. She is an advisory trustee of the Brookings Institution and a trustee of the Bertelsmann Foundation USA and Citizen’s Committee for New York, and she served as president of the Association of Art Museum Directors (AAMD) from 1998 to 1999. She has served on the boards of the AAMD, Andy Warhol Foundation for Visual Arts, College Art Association, ArtTable, and the Massachusetts Foundation for the Humanities.