Mr. Deford has taken ill and will not be participating in Commencement 2015 events. 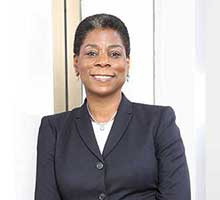 Burns joined Xerox in 1980 as a mechanical engineering summer intern, and by 2000 was the senior vice president of Corporate Strategic Services. In April 2007, she became president of Xerox, and two years later was named its chief executive officer, becoming the first African-American woman CEO of a Fortune 500 company. Burns is leading a transformation of Xerox from a company known for its copying machines to an enterprise focused on business solutions and technology services. In addition to serving as chairman of the Xerox board, Burns is a board director for American Express, Exxon Mobil, and the Ford Foundation. In 2010, President Obama appointed her vice chair of the President’s Export Council. Named repeatedly by Fortune and Forbes as one of the world’s most powerful women, she also provides leadership counsel to a number of community, educational, and non-profit organizations, including the National Academy Foundation and the U.S. Olympic Committee. She is a founding board director of Change the Equation, which focuses on improving STEM education.

Originally from the South Side of Chicago, Patrick came to Massachusetts at 14, when he was awarded a scholarship

to Milton Academy through the Boston-based organization A Better Chance. After Harvard College and Harvard Law School, he clerked for a federal judge and then launched a career as an attorney and business executive, becoming partner at two Boston law firms and a senior executive at Texaco and Coca-Cola. In 1994, President Clinton appointed Patrick to the nation’s top civil rights post, Assistant Attorney General for Civil Rights. In 2006, in his first bid for public office, he became the state’s first African-American governor. As governor, Patrick oversaw the expansion of affordable health care to more than 98 percent of state residents, launched initiatives stimulating clean energy and biotechnology, won a national Race to the Top grant, and steered the state out of recession to a 25-year high in employment. He is the author of two books, A Reason to Believe: Lessons from an Improbable Life and Faith in the Dream: A Call to the Nation to Reclaim American Values.

Deford has written 18 books and is a weekly commentator on NPR’s Morning Edition, senior correspondent on the HBO show RealSports With Bryant Gumbel, and senior contributing writer at Sports Illustrated. He has been elected to the Hall of Fame of the National Association of Sportscasters and Sportswriters and voted U.S. Sportswriter of the Year six times. Called “the world’s greatest sportswriter” by the magazine GQ, Deford has received numerous awards for his print and broadcast journalism, including the National Magazine Award for profiles, an Emmy, and a George Foster Peabody Award. In 2013, President Obama honored Deford with a National Humanities Medal for “transforming how we think about sports.” Two of Deford’s books—the novel Everybody’s All-American and Alex: The Life Of A Child, his memoir about his daughter who died of cystic fibrosis—have been made into movies. Deford is chairman emeritus of the Cystic Fibrosis Foundation, having served as its national chairman for 16 years. 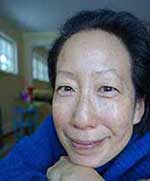 Jen is the author of four novels, a collection of short stories, and most recently, Tiger Writing: Art, Culture, and the Interdependent Self, a collection of her 2012 Massey lectures in the History of American Civilization at Harvard. Her first novel, Typical American (1991), was a finalist for the National Book Critics’ Circle Award, and her most recent, World and Town (2010), won the Massachusetts Book Prize. Her work has been published in The New Yorker, The Atlantic Monthly, The Best American Short Stories of 1988, 1995, and 2013, and The Best American Short Stories of the Century. In 2009, she was elected to the American Academy of Arts and Sciences. She has been awarded a Lannan Literary Award for Fiction, a Guggenheim fellowship, a Radcliffe Institute for Advanced Study fellowship, and, in 2003, a Mildred and Harold Strauss Living Award from the American Academy of Arts and Letters.

Born in Mexico City, Molina studied in Mexico and Germany before coming to the U.S. to study the effects of man-made compounds on the ozone layer. That work began during a postdoctoral fellowship at the University of California, Irvine, in the research group of Sherwood Rowland. The two developed the CFC-ozone depletion theory, noting that chlorofluorocarbons and other compounds were having an adverse effect on the ozone layer. Their work was honored with the 1995 Nobel Prize for Chemistry. Molina has been awarded the Tyler Prize for Environmental Achievement, the UN Environment Programme Sasakawa Environment Prize, the Heinz Award in the Environment, the 2013 Presidential Medal of Freedom, and many other honors from around the world. Molina has taught at UC Irvine and MIT and worked at the Jet Propulsion Laboratory. He is a Distinguished Professor of Chemistry and Biochemistry at the University of California, San Diego.