WILLIAMSTOWN, Mass., March 15, 2017—Chimamanda Ngozi Adichie, Nigerian writer and recipient of a MacArthur Foundation Fellowship, will be the principal speaker at Williams College’s 228th Commencement Exercise on Sunday, June 4. The day before, former U.S. Poet Laureate Billy Collins will be the Baccalaureate speaker. Both will receive honorary degrees at Commencement, as will former Williams College provost and current president of Washington and Lee University Will Dudley; public health and environmental advocate Gina McCarthy; and Gavin A. Schmidt, the director of NASA’s Goddard Institute for Space Studies. 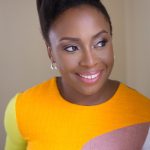 Chimamanda Ngozi Adichie is the leading African writer of her generation. Her work has appeared in various publications, and has been translated into over thirty languages. Her first novel Purple Hibiscus (2003) won the Commonwealth Writers’ Prize, and her second novel, Half of a Yellow Sun (2006), won the Orange Prize (now the Bailey’s Women’s Prize). Her 2013 novel Americanah has received numerous accolades, including the U.S. National Book Critics Circle Award. It was named one of The New York Times Top Ten Best Books of the Year. Her short story collection, The Thing Around Your Neck, was published in 2009. Adichie speaks around the world, including two TED talks: The Danger of A Single Story (2009), and We Should All Be Feminists (2012), which was published as a book in 2014. Her most recent book, Dear Ijeawele, or a Feminist Manifesto in Fifteen Suggestions, was published in March 2017. Adichie grew up on the campus of the University of Nigeria, Nsukka, and left Nigeria for the U.S. at the age of 19. She graduated summa cum laude from Eastern Connecticut State University with a degree in communication and political science, and subsequently received an M.F.A. in creative writing from Johns Hopkins University and an M.A. in African History from Yale University.

Billy Collins is the author of 11 collections of poetry, including Aimless Love, Horoscopes for the Dead, The Trouble with Poetry, Sailing Alone Around the Room, Questions About Angels, and Picnic, Lightning. He edited the anthologies Poetry 180: A Turning Back to Poetry, 180 More: Extraordinary Poems for Every Day, and Bright Wings: An Illustrated Anthology of Poems About Birds. He has been the recipient of fellowships from the National Endowment for the Arts, the Guggenheim Foundation, and the New York Foundation for the Arts and was Poet Laureate of the United States from 2001 to 2003 and New York State Poet from 2004 to 2006. Collins was inducted into the American Academy of Arts and Letters in 2016. He taught at Columbia University, Sarah Lawrence and Lehman College before joining the faculty at the City University of New York, where he is now a Distinguished Professor. He is also a Senior Distinguished Fellow of the Winter Park Institute of Rollins College. He earned his B.A. from the College of the Holy Cross and both an M.A. and Ph.D. from the University of California at Riverside. 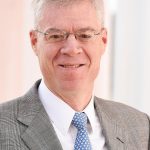 Will Dudley became the 27th president of Washington and Lee University on Jan. 1, 2017. He had served as provost at Williams for the preceding five years, in which capacity he oversaw operations that support the college’s academic mission; supervised the directors of admission, financial aid, the college libraries, information technology, the science center, institutional research, the Williams College Museum of Art and the Zilkha Center for Environmental Initiatives; and was involved in establishing priorities for Teach It Forward: The Campaign for Williams. He taught in the philosophy department from 1998 until 2011 and is the author of the books Understanding German Idealism and Hegel, Nietzsche and Philosophy: Thinking Freedom and numerous scholarly articles. Dudley received fellowships from the Williams College Oakley Center for the Humanities and Social Sciences, the American Council of Learned Societies, and the Humboldt Foundation. In 2010, he was appointed by the governor of Massachusetts to serve as a trustee of the Massachusetts College of Liberal Arts, becoming vice chair of that board in 2015. He received his B.A. in mathematics and philosophy from Williams and his Ph.D. from Northwestern University.

Gina McCarthy is a leading advocate for common-sense strategies to protect public health and the environment. She was appointed by President Obama to serve as administrator of the U.S. Environmental Protection Agency in 2013, after having served in his first term as the agency’s assistant administrator in the Office of Air and Radiation. From 2004–2009 McCarthy served as the commissioner of the Connecticut Department of Environmental Protection after having worked for five years in Massachusetts as undersecretary in the Office of Commonwealth Development and the Executive Office of Environmental Affairs. During her more than 30-year career, she has worked at all levels of government to take action on critical issues and coordinate policies on economic growth, energy, transportation and the environment. McCarthy received a B.A. in social anthropology from the University of Massachusetts at Boston and a joint Master of Science in environmental health engineering and planning and policy from Tufts University.

Gavin A. Schmidt is a climate scientist based at NASA’s Goddard Institute for Space Studies (GISS) in New York City. He serves as both director of GISS and as principal investigator for the GISS ModelE Earth System Model, where his scientific research centers on understanding what drives variability in the climate system. He uses large-scale models of the atmosphere and ocean to simulate past and future climate conditions, working to understand past, present and future climate as well as the impacts of multiple drivers of climate change, including solar irradiance, atmospheric chemistry, aerosols and greenhouse gases. In 2011, he was named EarthSky Science Communicator of the Year and was awarded the inaugural American Geophysical Union (AGU) Climate Communication Prize. He gave the keynote lecture at AGU in 2013. He is the co-author of Climate Change: Picturing the Science as well as multiple scholarly articles and book chapters. Born in the U.K., Schmidt received his B.A. in mathematics from Oxford University, his Ph.D. in applied mathematics from University College London, and was a National Oceanic and Atmospheric Administration Postdoctoral Fellow in climate and global change research.