WILLIAMSTOWN, Mass., November 1, 2017—On Thursday, Nov. 16 and Friday, Nov. 17, the Williams College Center for Environmental Studies (CES) will celebrate its 50th anniversary focusing on the theme “Environmentalism in a Hostile Climate.” It will feature events for faculty, students and alumni as well as three public events. 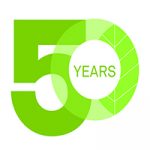 The event will commemorate 50 years of environmental initiatives at the college. Founded in 1967, CES was the first interdisciplinary environmental center at an undergraduate college. It began as a Berkshire regional interdisciplinary think tank for the county, and focused on regional issues including pollution and land use. Its foundation coincided with the birth of the modern environmental movement: five years after Rachel Carson published Silent Spring, three years before the first Earth Day, and five years before the passage of the Clean Water Act. In 1968, the first environmental studies courses were offered.

“The Center has been an incubator for the Environmental Studies Program that took root in the 1970-1971 academic year, as it happened, my first year at Williams,” says Henry Art, Rosenburg Professor of Environmental Studies and Biology, who will assume the position of CES Director on July 1, 2018. “The Center has also been a facilitator of student environmental involvement outside the classroom, giving support for student-initiated recycling, energy conservation, composting and other projects expressing environmental civic engagement.”

Several important figures from CES history will be present for the event including Roger Bolton, professor emeritus of economics and former chair of the committee on environmental studies, and Bill Moomaw ’59, professor emeritus of international policy at the Fletcher School of Law and Diplomacy at Tufts University. Along with current faculty and students, they will discuss the past, present and future of environmental studies at the college.

Events open to the public are listed below:

Sullivan will describe and illustrate tangible environmental progress resulting from collaborative initiatives in the Hudson Valley despite the dramatic change in the federal regulatory environment. Cotter will discuss and illustrate his success in the private sector transforming contaminated, abandoned industrial sites into vibrant mixed-use developments. Von Mutius will describe her experience at the Environmental Defense Fund.

Reed Zars ’77, award-winning environmental pro-bono attorney, will give the keynote address: “The Future of Environmentalism in a Fractured Country.”

Screening of the “Confronting Climate Change” documentary film produced by CES in collaboration with Elizabeth Kolbert, Class of 1946 Environmental Fellow-in-Residence. The film features interviews with distinguished visitors to campus during 2016-17, including James Hansen, Bill McKibben, Van Jones, Mark Tercek and others. A talkback with Kolbert will follow the 25-minute screening. A trailer for the film can be viewed here at https://vimeo.com/240393595.

To view the full event schedule, visit the CES website at https://ces.williams.edu.