President Maud S. Mandel and College Council Co-Presidents Lizzy Hibbard ’19 and Moisés Roman Mendoza ’19 will welcome the Class of 2019 at Convocation, which formally launches the academic year. The event will begin at 11 a.m. in Chapin Hall after a formal procession.

Established in 1993 on the occasion of the college’s 200th anniversary, Bicentennial Medals honor members of the Williams community for distinguished achievement in any field of endeavor.

Cheryl C. (Robinson) Joyner, the ceremony’s principal speaker who will deliver the Convocation Address, is chairman of PARA Music Group and has created some of the entertainment industry’s most successful global marketing campaigns for some of the biggest artists in music, including Prince, Madonna, Bruce Springsteen, Fleetwood Mac, Quincy Jones, Diana Ross, and Stevie Wonder.

In addition to Joyner, those receiving medals will be John Walcott ’71, an acclaimed veteran journalist whose work has been featured in Newsweek, The Wall Street Journal, Bloomberg, McClatchy, and Knight-Ridder, where he led reporters’ coverage questioning claims that Iraq possessed weapons of mass destruction; Mike Wynn ’93, chief of police for the Pittsfield Police Department, whose extensive work in the community includes serving on local boards, working with local youth, and participating in a Williams Winter Study course that exposed adjudicated teens to college life by pairing them with Williams students; and Shoshana Clark Stewart ’02, CEO of Turquoise Mountain, who has created a new model of NGO that is regenerating Afghanistan’s traditional arts and historic areas, as well as creating jobs and a renewed sense of identity.

About the Convocation speaker 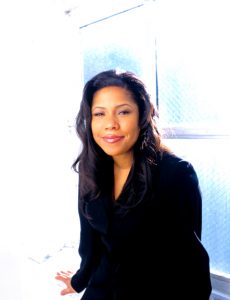 Former Live Nation executive and entertainment industry veteran Cheryl C. (Robinson) Joyner ’85 is chairman of PARA Music Group, an Orchard/SONY Music Entertainment Company, responsible for the daily strategic operations of the New York based global company that sources original music from Producers, Arrangers and Recording Artists in over 144 countries for use in film, television and advertising campaigns.  What is innovative about PARA’s business model is that artists from all over the world can upload and digitally present their music to PARA’s talent executives via a custom-built portal. If a song is vetted and accepted by executives, it can be mass marketed on hundreds of online platforms and media channels worldwide. This is a paradigm shift from the old subjective model of discovering new talent. PARA’s mission is to “bring cultures all over the world together by means of music and technology.” Over the course of her expansive career, Joyner has specialized in advising entertainment companies, managing talent, producing live events and raising capital for various startups, nonprofits and multinational organizations.

MTV was a brand new media platform when Joyner arrived at Williams at the age of sixteen. As she watched the music videos of Madonna and Prince in her down time, she found the channel “keenly tuned into what I valued in culture at the time, namely music and style.” She knew that “contributing to society within the creative community was something I was driven to do.” Joyner graduated from Williams College at 19 and went on to Harvard Business School where she was one of the youngest students accepted. Within a few years, she was creating global marketing campaigns and producing concerts for the artists she used to watch on MTV.  Today, Joyner is one of the industry’s most respected and successful senior executives and is widely considered one of the most talented, creative, and formidable forces in entertainment. She is recognized for creating and executing some of the industry’s most highly successful global marketing campaigns for some of the biggest artists in music including Prince, Madonna, Bruce Springsteen, Maxwell, Fleetwood Mac, Quincy Jones, Diana Ross, Branford Marsalis, David Byrne, and Stevie Wonder among many others.

Previously, Joyner served as vice president of alliances for Live Nation, executing multimillion-dollar corporate strategic alliances in the live entertainment space for clients such as American Express, AT&T, Adidas, GEICO and Major League Baseball. She was also responsible for sponsorship activations for concert tours such as Aerosmith, Ozzfest, Jay-Z, among many others. She also served as the director of marketing and creative services for Jazz at Lincoln Center under Artistic Director Wynton Marsalis, and was responsible for the successful growth of the Jazz at Lincoln Center audience, spearheading the Columbus Circle grand opening marketing campaign, exceeding earned income goals and promoting the brand name worldwide.

Joyner led marketing strategy and execution for industry giants including Warner Bros. Records, MCA, Sony, and Universal Music Group. From the start of her illustrious career in 1990, she was tapped by legendary music executives such as Mo Ostin, Benny Medina, Donnie Ienner and Alvin Teller to serve as their key marketing executive to introduce new artists to the marketplace and revitalize the careers of music legends. Today, Corey J. Stanford, PARA Music Group CEO, says of Joyner that she “has a comprehensive understanding of and experience with global brands that have profound relevance and resonance for consumers. She understands the power and potential of branding for multiple platforms and brings a fresh perspective to our evolving conversation with our audience.”

Joyner is an active member of the National Academy of Recording Arts and Sciences (NARAS) and has been recognized with two professional Grammy Awards in 2005 and 2015 for her support of The Recording Academy’s education, advocacy, and human service initiatives. She was also named Williams College Woman of the Decade, honored on campus and featured on the cover of Williams Magazine. She was has been named a Macy’s American Icon in the category of music along with Lady Gaga for her outstanding accomplishments in the recording industry, selected on the Top 5 Hollywood Insider List and named on the Annual “20 to Watch” List by Culture Shift Labs.

Most recently she was one of 83 alumni honored as A Global Agent of Change by Harvard Business School, and her life story is featured in the Agents of Change: HBS Leaders Making A Difference in the World exhibit on the HBS campus in Baker Library. She currently serves on the board of directors of The Harvard Black Alumni Society and is the lead chair emeritus of the HBAW, representing all 14 schools and nearly 300,000 alumni in the Harvard University community. She has also served on the board of directors for the Council of Urban Professionals (CUP) since 2009.

Joyner is the chairperson of the International Committee for the Metro-Manhattan Chapter of The Links, Incorporated and since 2010 has helped organize the annual United Nations Youth Conference featuring youth leaders from around the world at UN Headquarters. She is also the Founder of The Global Ivy Society (TGIS), established in 2009, catering to the social, professional and civic interests of alumni from undergrad and graduate schools within the eight Ivy League institutions.

Joyner earned her M.B.A. from Harvard Business School and B.A. from Williams College.